From electronic wills statutes to federally mandated reporting requirements for small businesses, we have recently seen some significant developments in estate planning and business law. To ensure that you stay abreast of these legal changes, we have highlighted a few noteworthy developments and analyzed how they may impact your estate planning and business law practice.

On January 21, 2021, Colorado Governor Jared Polis signed the Colorado Uniform Electronic Wills Act (Act). To date, Utah is the only other state that has enacted the Uniform Electronic Wills Act (2019), although Nevada, Indiana, Arizona, and Florida have previously enacted their own e-wills statutes. Before the Act’s passage, Colorado law required testators to (1) sign their will before two witnesses who then must sign the will within a reasonable time after witnessing the testator’s signing, or (2) acknowledge their will in the presence of a notary public or other person with the authority to take acknowledgments. Under the Act, an electronic will—a record readable as text at the time of signing—can be (1) signed by the testator in the physical or electronic presence of at least two witnesses who are residents of a state and physically located in a state at the time of signing, or (2) acknowledged by the testator before and in the physical or electronic presence of a notary public or other person authorized to notarize records who is located in Colorado at the time the notarial act is performed. Under the Act, “electronic presence” means that the individuals involved, despite being in different locations, are communicating in real time to the same extent as if they were physically present in the same location.

Takeaways: Pursuant to an executive order issued by Governor Polis on March 30, 2020, citizens of Colorado were permitted to execute their wills using remote notarization as a result of the COVID-19 pandemic. The executive order expired on December 31, 2020, however. With the Act’s enactment, testators who are unable to visit or are concerned about visiting their estate planning attorney’s office to execute their will in person will still be allowed to sign their wills virtually from another location.

All Trust Documents Must Be Included in Notice to Beneficiaries

In Nevada, under Nev. Rev. Stat. section 164.021, a trustee must send a notice to beneficiaries that includes “[a]ny provision of the trust instrument which pertains to the beneficiary” to trigger the 120-day limitation period in which a beneficiary may challenge the trust’s validity. In Horst, after the death of the settlor, the trustee of the Ella E. Horst Revocable Trust (Trust), Patricia Horst, sent an initial notice of irrevocability to the Trust beneficiaries, including Brian Holiday, who was a residual beneficiary of the Trust. The notice included a copy of the original Trust, as well as the first three amendments to it. Sixteen months later, Patricia petitioned the district court to confirm a fourth amendment to the Trust. Brian filed an objection, alleging that the second, third, and fourth amendments were the product of undue influence. The district court concluded that Brian’s objection to the second and third amendments was time-barred under the 120-day limitation period set forth in section 164.021.

The Nevada Supreme Court reversed the district court’s decision on the basis that the term “any” in section 164.021 means “all,” relying on the rules of statutory construction applicable to procedural statutes, including its legislative history. Although the court held that Patricia was correct that in Nevada, a trustee has discretion regarding whether to send notice to the beneficiaries to trigger the 120-day limitation period, a trustee does not have the discretion to confirm trust instruments in a “piecemeal fashion.” Rather, requiring the notice to include all provisions of the trust instrument that pertain to the beneficiary promotes judicial economy and minimizes the costs of trust administration because it facilitates a single deadline for trust contests by providing beneficiaries with all the information required to determine whether they will contest the trust. Thus, the court determined that the initial notice sent by Patricia did not trigger the 120-day limitation period because it did not include the fourth amendment to the Trust. As a result, Brian’s objection to the second and third amendments was not time-barred.

Takeaways: Grantors who establish revocable living trusts often act as trustees during their lifetime. Upon their death, however, the successor trustee assumes the fiduciary duties and statutory obligations owed to the trust beneficiaries. State law varies widely regarding when, why, how, and to whom notice must be provided. Successor trustees must carefully review their state’s statutes to ensure that they comply with any notice requirements.

In an unreported decision, the Texas Court of Appeals addressed the issue of whether the word “spouse” in a trust instrument identified the grantor’s son’s first wife, to whom he was married at the time the trust was executed, or his subsequent spouse. The irrevocable trust was created by Amanda in 2008. At that time, William was her only living son and he was married to Cynthia, with whom he had two children. William was named as the initial trustee of Amanda’s trust. In various provisions, the trust referred to “son’s spouse” or “primary beneficiary’s spouse.” For example, the clause addressing distributions of income and principal stated, “The trustee is authorized and directed to distribute to or for the benefit of the primary beneficiary, the primary beneficiary’s descendants and the primary beneficiary’s spouse . . . ” In addition, Cynthia was mentioned by name several times throughout the trust instrument.

In 2012, William and Cynthia divorced, and William married Carol in 2015.  In 2018, William and Cynthia’s children filed suit against William, alleging he had breached his fiduciary duties and obligations, also naming Cynthia as an interested person. Cynthia and Carol both filed motions for partial summary judgment seeking a declaration regarding the meaning of the terms “primary beneficiary’s spouse” and “son’s spouse.”

The trial court found in favor of Cynthia. The court of appeals affirmed the trial court’s decision, holding that the term “spouse” clearly and unambiguously referred to Cynthia.  The court of appeals noted that in interpreting the grantor’s intent, it must examine the language used within the four corners of the instrument. Because Cynthia was William’s spouse at the time the trust was executed, she was the “spouse” to which Amanda referred in the trust instrument. The court rejected Carol’s argument that “spouse” should be considered a status or class gift because that interpretation was inconsistent with Texas law, which defines a class gift as a gift of an aggregate sum to a body of persons “uncertain in number” at the time of the gift. It was possible to identify a specific spouse—Cynthia—at the time of the trust’s execution in 2008.

Takeaways: The court’s decision in Osche highlights the importance of clearly defining the terms used in a trust instrument—and anticipating potential changes to those terms—to avoid future litigation.

The United States Senate passed H.R. 6395, the National Defense Authorization Act for Fiscal Year 2021, on January 1, 2021. It included the Corporate Transparency Act of 2020 (CTA), which requires the reporting of beneficial ownership information for businesses that meet the definition of a “reporting company” to the Department of the Treasury’s Financial Crimes Enforcement Network. The CTA is designed to prevent “malign actors” that seek to conceal their ownership of businesses in the United States in an effort to facilitate illicit activity such as money laundering, financing of terrorism, tax fraud, and other acts of foreign corruption from harming the national security interests of the United States and its allies. It will become effective after the Secretary of the Treasury issues regulations implementing the CTA’s requirements—which must occur no later than January 1, 2022.

Under the CTA, the definition of a reporting company includes corporations, limited liability companies, and other similar entities (1) created by filing a document with the secretary of state or a similar office under the laws of a state or Indian tribe or (2) formed under the laws of a foreign country and registered to do business in the United States. There are a significant number of exemptions from the definition, including the following:

Businesses that fall within the definition of a reporting company are required to provide information such as the full legal name, date of birth, current address, and a unique identifying number such as a driver’s license or passport number for all beneficial owners, i.e., individuals who own or control not less than 25 percent of the ownership interests of the company or who exercise “substantial control” over the company. The definition excludes certain individuals, for example, minors whose parent or guardian has properly reported information, individuals whose only interest in the business is through a right of inheritance, and individuals whose control is derived solely through their employment status.

Businesses that fail to report the required information or provide false or fraudulent information will be subject to a civil penalty of $500 per day during the period of noncompliance. In addition, there are criminal fines of up to $10,000 and the possibility of imprisonment of up to two years.

Takeaways: The reporting obligations and risk of fines, penalties, and imprisonment imposed by the CTA will largely impact small businesses, as many larger entities are excluded from the definition of a reporting company. Businesses that may be affected should review the CTA carefully to determine if they will be classified as a reporting company. Although the CTA is not yet effective, businesses that will be subject to its requirements should take action now to establish processes to gather, update, and report accurate information about their beneficial owners.

District of Columbia and Nevada Address the Enforceability of Noncompetition Agreements

The District of Columbia joins California and Montana as one of the few jurisdictions with a nearly complete ban on noncompetition provisions applicable to employees. The Ban on Non-Compete Agreements Amendment Act of 2020 (Act) was signed into law on January 11, 2021, and is expected to take effect after a thirty-legislative-day congressional review period. The Act, with only a few exceptions, permits the assessment of administrative penalties of $350 to $1,000 for each violation and fines of more than $1,000 for instances of retaliation. In addition, employers who violate the Act must pay each affected employee $100 to $1,000 per violation and at least $3,000 for any subsequent violations.

In Duong, the Nevada Supreme Court addressed the issue of whether an otherwise unenforceable noncompetition agreement executed before the enactment of Nev. Rev. Stat. section 613.195(5)–which requires a court to revise an unreasonably restrictive covenant–can be “blue-penciled” if it contains a provision expressly allowing court modification to redeem it if it is deemed to be unreasonably restrictive. In a prior case, Golden Road Motor Inn v. Islam, 376 P.3d 151 (Nev. 2016), the court held that a court does not have the authority, on its own, to blue-pencil an unreasonable noncompetition agreement. The Duong court held that Golden Road was not controlling because it did not prohibit the court from blue-penciling an otherwise unreasonable noncompetition agreement pursuant to the terms of the parties’ agreement.

Takeaways: The District of Columbia and Nevada reflect opposite ends of the spectrum when it comes to the enforceability of noncompetition agreements in the context of employment. Employers in the District of Columbia should review their existing employment agreements and policies, and remove any restrictions necessary to ensure compliance with the Act. In contrast, employers in Nevada may rest assured that if their existing noncompetition agreements contain a blue-pencil provision, a court can modify the agreement to the extent necessary for enforcement, even if it was executed before the enactment of Nevada’s blue-pencil statute. 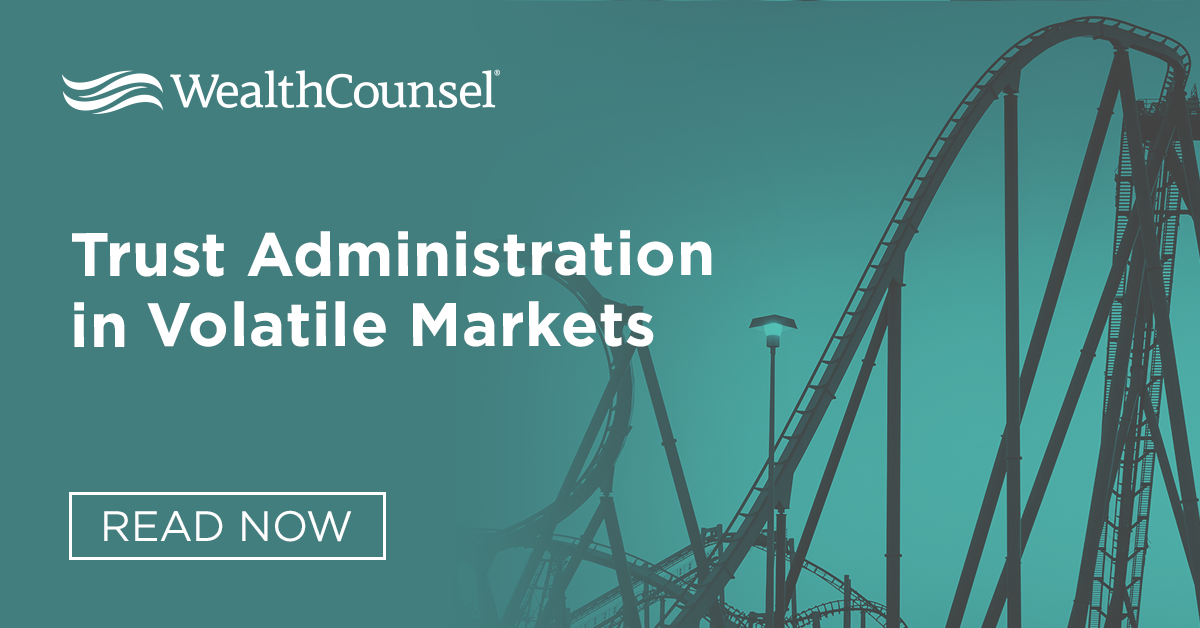 How are LLCs Taxed?