As part of the Invest in Our New York Act, New York state legislators introduced bills in the Senate and State Assembly that would impose new inheritance and gift taxes on wealthy New Yorkers to address the state’s budget deficit, which is $8.7 billion for the 2021 fiscal year alone. The legislators assert that the tax would raise $8 billion in revenue.

New York currently has a state estate tax with a basic exclusion amount of $5,930,000 for dates of death on or after January 1, 2021, and before January 1, 2022. In addition, taxable gifts made by a decedent who was a New York resident within three years before death are included as part of the estate. The estate tax rates range from 3.06 percent to 16 percent.

If the newly introduced bills become law, inheritances of $250,000 or more would also be taxed. There are several exclusions: (1) educational and medical expenses, (2) spousal transfers, (3) retirement accounts, (4) certain residences including primary residences up to $1.75 million in value, and (5) certain family farms if their value does not exceed $5 million. In addition, payment of the inheritance tax may be deferred in some circumstances until certain assets, such as a primary residence or family-owned business, are sold.

The following taxes are proposed for taxable years beginning after 2020:

The bills propose a marginal tax, meaning, for example, only amounts exceeding $10 million would be taxed at the 50 percent rate.

A new gift income tax would exempt up to $50,000, and exclusions and deferrals similar to those applicable to the inheritance tax would apply. The rates are as follows:

In a letter dated February 16, 2021, the State Board of Equalization provided guidance in the form of questions and answers regarding the intergenerational transfer exclusion set forth in Proposition 19.  The guidance clarifies several issues, including the following:

Takeaways: Now that Proposition 19 is in effect, California practitioners need to inform their clients of the substantial financial impact of transfers of most real property—except for transfers by a parent of the parent’s primary residence to children or qualifying grandchildren who will also use the home as their primary residence up to a cap of $1 million. In all other circumstances, real property will now be reassessed at its current fair market value when it is transferred—even to children. The State Board of Equalization is likely to continue to issue guidance as needed. Newly issued Proposition 19 forms are available here.

A new documentary, Framing Britney Spears, is part of The New York Times Presents series of investigative documentaries. It addresses the legal challenges Britney Spears has encountered with her conservatorship, which was established thirteen years ago and has been almost entirely controlled by her father, Jamie Spears. The conservatorship is said to be in place to help her with her business dealings and to keep her away from toxic people and damaging influences. The documentary also mentions the current “#FreeBritney” online movement of fans who believe the singer is being unfairly controlled by her family and management team.

Spears, now 39, has a net worth of more than $50 million and owns a significant portfolio of intellectual property, including copyrights to songs and performances. When she was first placed under a conservatorship in 2008 after suffering a breakdown, Jamie was named conservator of her person and lawyer Andrew Wallet was named the conservator of her estate, but the latter retired from the role in June 2019. Three months later, Jamie asked to step down due to health reasons, but a judge would only allow him to step down as conservator of Britney’s personal life; conservator Jodi Montgomery, a licensed personal care professional, took his place in that role.

In 2019, Spears canceled her Las Vegas residency and checked into a mental health facility, which she attributed to dealing with her father’s illness. She has not performed live since 2018. Financial documents showed that as of 2018 she had a net worth of $59 million. That year, she spent $400,000 on living expenses and $66,000 on household supplies. She also spent $1.1 million on her legal and conservator fees that year. Her father took home $128,000 of that amount.

Last year, Britney told the court she was “strongly opposed” to having her father return as sole conservator and that she would refuse to perform if he were in charge of her career. She preferred to have a qualified corporate fiduciary appointed to serve in this role, and her attorney later recommended that Bessemer Trust take on the role, a position also supported in separate documents by her mother Lynne, who reportedly wants to be involved in her daughter’s decisions as well.

However, in November 2020, Jamie Spears was not removed as the conservator of the singer’s estate, and instead, a judge allowed Bessemer Trust to be added as co-conservator. Bessemer Trust is one of the oldest trust companies in the United States and manages more than $100 billion for some of the wealthiest families in the world.

In a February 11, 2021, hearing, the probate court judge overruled James Spears’s objections to Bessemer Trust’s establishment as co-conservator of her estate, how the roles of the co-conservatorship would be delegated, and the language used in the proposed order of co-conservatorship from his daughter’s lawyer. Jamie and Bessemer Trust were ordered to work together to develop an investment plan and budget for the benefit of Britney. Another hearing was set for March 17, 2021, for updates on the progress made by Jamie Spears and the Bessemer Trust Company.

Britney Spears’ attorney said that he originally proposed the co-conservatorship between Bessemer and Jamie to give both parties “an equal division of responsibility, in the hopes that they would sit down and figure out together the best way to handle this complex estate for the benefit of my client.” Spears’ attorney said it is clear that the singer does not want her father as co-conservator, but that they recognized that removing him was a separate issue not for that hearing.

Jamie’s attorney, Vivian Thoreen, issued a statement after the February 11 hearing, emphasizing that Britney Spears asked for and agreed to her father’s role early in the conservatorship, saying, “Ms. Spears reflected in court papers that she wanted her father to be the sole conservator of her estate.” Thoreen added, “My client looks forward to working with Bessemer to continue an investment strategy in the best interests of his daughter. . . My client Jamie Spears has diligently and professionally carried out his duties as one of Britney’s conservators, and his love for his daughter and dedication to protecting her is clearly apparent to the court.”

Takeaways: The Britney Spears case is an interesting example for attorneys to mention to clients to explain why durable powers of attorney for finances and healthcare are an essential part of estate planning. Those documents allow clients to designate who will make decisions on their behalf in the event they are no longer able to do so. Without those documents, the court must appoint a conservator (sometimes called an adult guardian)—and that person may not be the individual the client would have chosen.

Blake Hartman, a shareholder of and former officer and director for BigInch Fabricators & Construction Holding Company, Inc., signed a shareholder agreement in 2006 that included a buyback clause that required BigInch to repurchase his shares if he was involuntarily terminated as officer or director. The clause set the “price per Share” at the “appraised market value” as determined by a third-party valuation company.

In 2018, Hartman was terminated without cause, which triggered BigInch’s contractual obligation to repurchase his shares. A third-party appraiser applied a fair market value standard and discounted the shares for their lack of marketability and Hartman’s lack of control. Hartman filed suit against BigInch seeking a declaratory judgment that the shareholder agreement did not contemplate a fair market value standard and thus the discounts were incorrectly applied.

The trial court ruled in favor of BigInch, but the Indiana Court of Appeals reversed on the basis that the discounts were inapplicable in a closed-market sale where the sale consolidated or increased the interest of the controlling shareholders and would result in a windfall to the transferee. However, the Nebraska Supreme Court disagreed, vacating the court of appeal’s decision and ruling in favor of BigInch.

The court acknowledged case law declining to apply discounts to a closed-market sale on public policy grounds but distinguished those cases, some of which applied statutory valuation procedures, because they did not involve sales in which the contract expressly stipulated a valuation method in which the price per share would be the market value. Although the sale occurred as a closed-market transaction, the court refused to “rewrite an explicit agreement” where the parties had freely contracted to permit the discounts.

The court rejected Hartman’s argument that the appraiser should have first calculated BigInch’s market value and divided that figure by the number of outstanding shares to determine the per-share value. Rather, the explicit language set the price per share at its appraised market value, which the court determined referred to the market value of the terminated officer or director’s individual interest, not BigInch’s value as a whole. In addition, the court held that “market value” was synonymous with “fair market value”—defined as the price that a seller is willing to accept and a buyer is willing to pay on the open market and in an arms-length transaction—and the term “appraised” merely described how the shares’ market value should be determined.

Takeaways: The result in Hartman highlights the deference given to the parties’ freedom to contract and the importance of carefully defining contractual terms. Hartman had agreed by contract to a valuation method, and the court would not later alter the contractual terms to provide a price per share more favorable to him.

In early February, the Virginia House of Delegates and Senate passed the Virginia Consumer Data Protection Act (CDPA), and it was signed by Governor Ralph Northam on March 2, 2021. The CDPA is the second major state privacy law passed in the United States. California was the first to pass data privacy legislation, the California Consumer Privacy Act, which went into effect on January 1, 2020, but will soon be amended by the California Privacy Rights Act, a ballot measure approved by Californians in the November 2020 election. The CDPA will go into effect on January 1, 2023.

The CDPA applies broadly to “any information that is linked or reasonably linkable to an identified or identifiable natural person” and specifies several categories of “sensitive data” that can be processed only with the consumer’s consent. The law creates some individual rights: (1) the right to access, (2) the right to amend, (3) the right to delete, (4) the right to data portability, and (5) the right to opt out of the processing of personal data that will be used for certain purposes such as targeting advertising.

Unlike California’s law, the CDPA does not provide a private right of action for consumers. Rather, it will be enforceable only through civil actions brought by Virginia’s attorney general, who will be able to impose penalties on noncompliant companies of up to $7,500 per violation.

Takeaways: Businesses that fall within the scope of the CDPA should take steps before the January 1, 2023, effective date to ensure they can comply with its requirements. 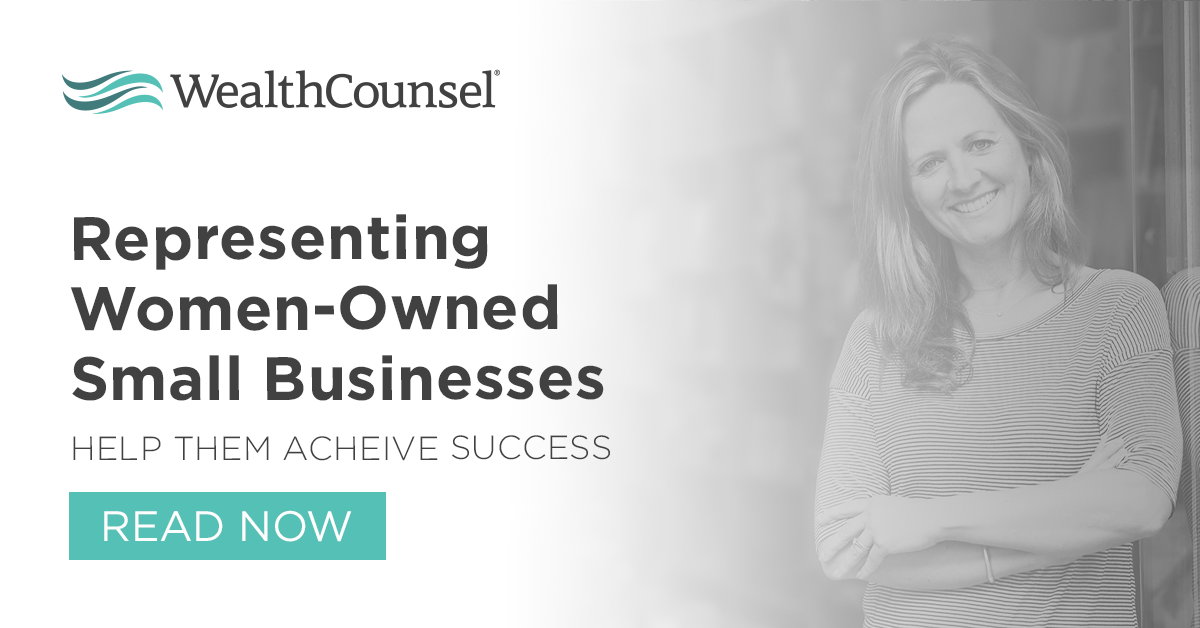 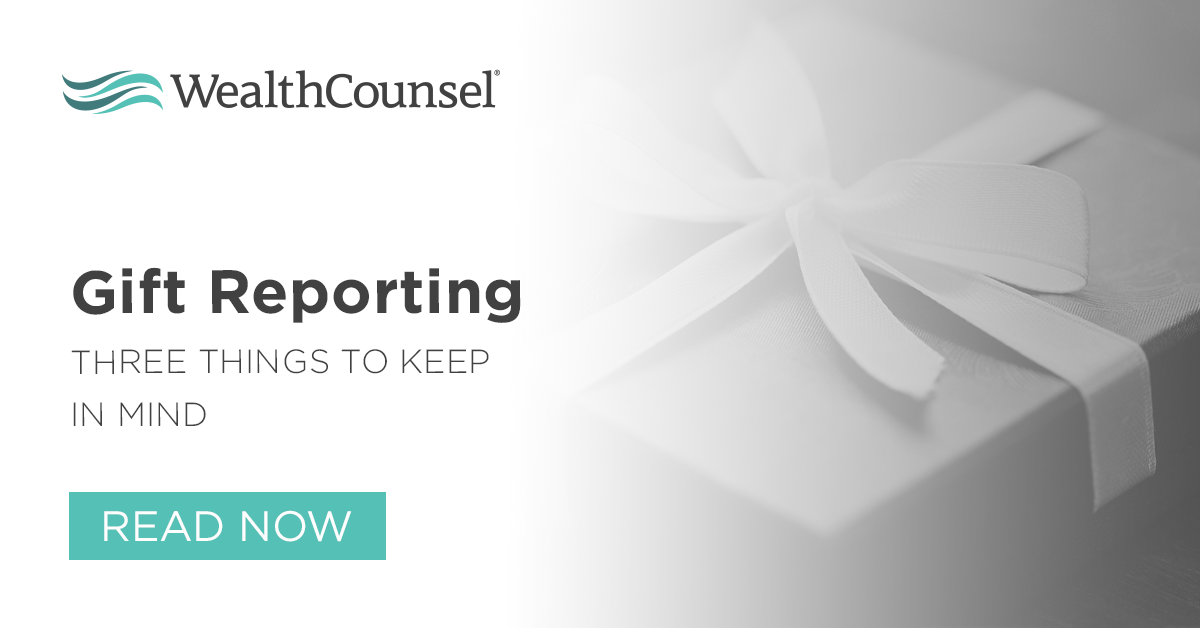