From Old to New: The Basics of Trust Decanting

It may seem surprising to use a wine analogy to explain a legal concept, but when discussing trust decanting, pouring wine is often a part of the conversation. When you take a bottle of wine and slowly pour the wine from the bottle into a different container, you are separating the wine from any sediments that may have formed in the bottle. This process is called wine decanting. Decanting ultimately makes the wine taste better as it removes the harsh taste of built-up sediment. Similarly, trust decanting allows a trustee to modify an irrevocable trust by “pouring” the trust assets into a new trust that has different, often more favorable terms. If a trustee has the discretionary power to distribute trust assets to and for the benefit of a beneficiary, decanting enables a trustee to use this power to dictate the terms of a new trust.

As a practitioner, hearing that a trustee can modify an irrevocable trust may sound odd, particularly if you have often reassured nervous clients that the terms of their irrevocable trusts cannot be modified. Nevertheless, trust decanting is becoming more common because it is a mechanism that addresses a persistent issue: that complete irrevocability may be too inflexible for a world that is constantly changing. Irrevocability does not take into consideration the unforeseeable circumstances that may arise during the life of a trust. Trust decanting allows for flexibility when the original trust terms no longer make sense.

If decanting authority is not provided in the trust document, a trustee can next look to state law. In a few states, common law provides decanting authority, but in the majority of states that permit decanting, a state statute is controlling. As of today, twenty-nine states have decanting statutes that give trustees the authority to modify an irrevocable trust under a specific set of circumstances.

If the authority to decant is not provided in the trust document, or if the state law governing the trust does not include a decanting statute, it may be possible to change the trust’s situs to a state that authorizes decanting. Certain requirements must be met, however. For example, it may be necessary to establish that the newly designated state has a substantial relation to the trust or that the application of the law of the designated state does not violate a strong public policy of the state with a more significant relationship to the trust.

Why might a trustee wish to exercise its authority to modify an irrevocable trust? Common motivations for decanting a trust include the following:

Depending on the state, most of the following questions are answered within each statute, serving as a guide to the trustee as to the limitations on the trustee’s authority to decant:

As the list above is not exhaustive, it is important to review the state statute that governs the trust at issue to determine the limitations imposed on the trustee. Further, it is advisable to review tax considerations before proceeding with decanting, as the tax implications may be unexpected and may be a reason to not take advantage of a trustee’s authority to decant. Unfortunately, there is currently no guidance from the Internal Revenue Service on the tax implications, if any, of a trustee’s exercise of a decanting power under common law or state statute. 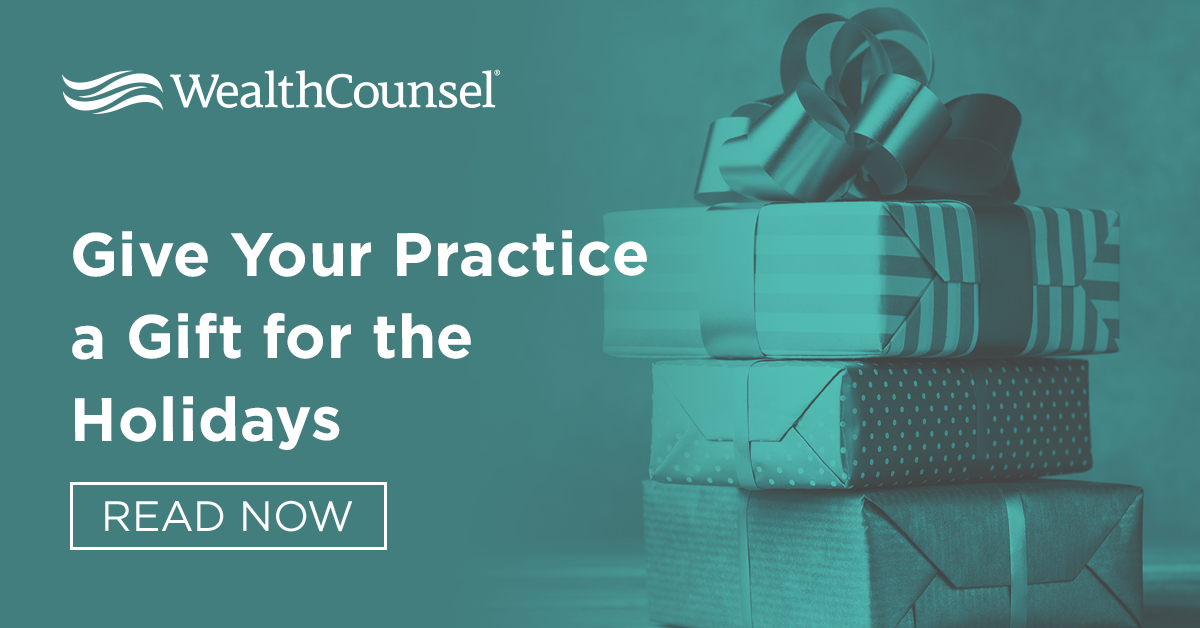 Give Your Practice a Gift For The Holidays